You are here: Home › Multi-Media Company Reaches Growing Number of Fans Who Tailgate At Sporting Events
By Send2Press Newswire on March 5, 2012 in Books and Publishing, Internet, Maryland, Press Releases, Sports 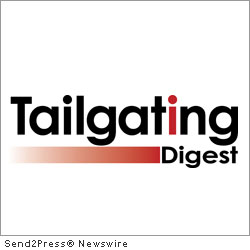 FINKSBURG, Md., March 5, 2012 (SEND2PRESS NEWSWIRE) — With over 50 million tailgaters in the U.S. each year, Tailgating Digest is a new company preparing to launch digital and print magazines to reach this growing market. As a multi-media company, Tailgating Digest also completed a partnership in January 2012 with one of the leading web sites reaching tailgaters. “A great magazine, website and company is built on valuable content. That is what we plan to deliver across all of our media channels,” says Marc Heyman, founder and publisher.

Heyman is no stranger to sports fans. For the past 6 years, he has been the owner of a sporting goods retail store, HomeGamers in Westminster, MD. “American neighborhoods used to find camaraderie and community from their front porches. That has changed,” says Heyman. “Some call the tailgating phenomenon the last American neighborhood. On game days, families and friends cluster in parking lots all around our nation for fun, food and entertainment. I want to support and grow this trend.”

That has also been the vision of Dave Lamm, founder of www.tailgatingideas.com. He launched his site in August of 2007 and has seen it grow to 111,000 page views per month. Since the January partnership with Tailgating Digest, the website has undergone a complete renovation to also integrate Tailgating Digest magazine content. The site can also be accessed at www.TailgatingDigest.com .

Tailgating Digest is scheduled to launch with a July/August issue this summer. Each issue will cover tailgating events, product reviews, recipes and the tailgating lifestyle. Depending on the time of year, each issue will focus on particular professional and college sports including football, baseball, NASCAR, basketball, hockey, lacrosse and golf.

In addition, Tailgating Digest plans to do custom versions of each issue for college alumni associations and for affinity groups. Custom publishing packages are being proposed to various groups that allow them to have unique editorial content and free distribution to their members.

“We have created media kits and sample issues to present to alumni associations, affinity groups and advertisers as we work to build our distribution and advertising base for this summer’s launch,” says Heyman. “We are very excited about the enthusiastic response we are getting on all fronts.”

News Source: Tailgating Digest :: This press release was issued on behalf of the news source by Send2Press® Newswire, a service of Neotrope®. View all current news at: http://Send2PressNewswire.com .

Get in on the Action! Camp Blue Skies’ Hoops for Camp Bracket Challenge
Equinomics 101: Cash and Financial Management System Targets Equine Industry with their new Audible version for Smartphones and CDs