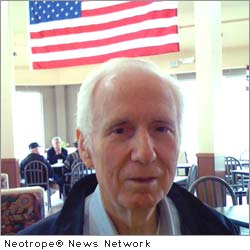 Originated by LTC Financial Partners, a national long-term care insurance agency, the poll can now be accessed through the LTC Guild website.

Why the poll? “It’s not just to take the pulse of the public,” says Dick Samson, director of the LTC Guild. “We want to influence the candidates. When President Obama and the Republican choice see the poll results, they could start taking the LTC issue more seriously.”

The majority of senior Americans lack long-term care insurance, Samson points out. “As part of the Affordable Care Act, there was going to be a public option for LTC insurance, but that’s been shelved. Now private insurance is the only LTC insurance option, but millions shrink from the cost. “New tax breaks could change that, “but the candidates aren’t talking about it.”

Millions of senior voters could tip the election one way or the other, Samson asserts. “They and their families deserve to know where the candidates stand.”

Poll results to date will be visible after participants vote, at http://ltcguild.ning.com/page/election-poll.

The LTC Guild is a social network described as “the place where long-term care and allied pros meet one another and the public, form local chapters, schedule meetings, and share information.” It is managed by EraNova Institute of Mountain Lakes, N.J. Samson is director of that organization, too.