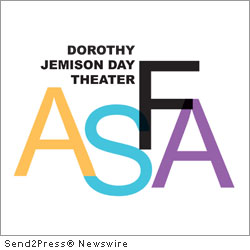 BIRMINGHAM, Ala., April 2, 2012 (SEND2PRESS NEWSWIRE) — The Alabama School of Fine Arts announces the opening of the Dorothy Jemison Day Theater, a state-of-the-art facility built for both school and community use, this month. It is the most technically advanced venue of its kind in the entire Southeast. The Public Grand Opening is scheduled for Sunday, April 15, from 3 – 5 p.m., with Mayor William A. Bell, Sr. cutting the ribbon on the massive new stage.

With 500 seats, ASFA’s new theater, named for beloved Foundation Board member Dorothy “Dodie” Jemison Day, will offer the arts community a much needed alternative to both smaller and larger facilities. It will also benefit all areas of the school, providing a professional environment in which students will learn the inner-workings, challenges and opportunities of performing on a professional stage.

Built with funds raised by the Alabama School of Fine Arts Foundation, the theater is located at 800 19th Street North in Birmingham’s arts district. Over the past seven years, the Foundation, a 501(c)3 non-profit organization, headed by Bryding Adams, Executive Director, has raised over $7.8 million for the $8.5 million facility. The complex project took 18 months to complete.

Craig Krawzcyk of Birmingham’s Live Design Group was the architect for the project. Krawzcyk worked closely with Adams, Foundation Board chairman Stanton Ingram, and members of the school faculty to ensure the theater will provide an optimum learning experience for the students. Theater specifics were designed by David Kahn of Acoustic Dimensions, New Rochelle, New York, and Michael Ferguson of Theatre Project Consultants, Norwalk, Connecticut. Included in the building is a 40 x 80 foot sprung stage floor with a mechanical orchestra lift, a 60 foot fly tower for changing scenery, and a Wenger acoustical shell.

The acoustically tuneable listening environment also has a Steinway Concert Grand piano and a complete set of Marley flooring for dance. There are two large audience rest rooms, a Green Room, rest rooms and dressing rooms for performers, and a scene shop for designing sets. The building is equipped with WiFi and a large high definition movie screen. The state of the art sound and light booth is large enough for teaching 15 students at a time. Total square footage for the theater is 19,212 feet.

The Alabama School of Fine Arts is one of the top public, tuition-free, arts and science schools in the nation for grades 7-12. It is located at 1800 Reverend Abraham Woods, Jr. Blvd. Birmingham, AL 35203. Admission is by audition only. For more information on the ASFA theater or to contact the ASFA Foundation, call 205-252-6617. The school’s website is http://www.asfa.k12.al.us .

News Source: Alabama School of Fine Arts :: This press release was issued on behalf of the news source by Send2Press® Newswire, a service of Neotrope®. View all current news at: http://Send2PressNewswire.com .