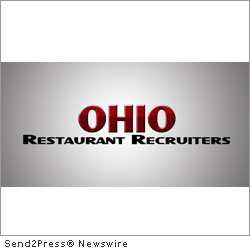 “It’s going to be a pleasure to work closely with Ramesh Gursahaney, Morgan’s Foods’ Vice President of Operations Services,” says Russell Don, owner, Ohio Restaurant Recruiters. “Gursahaney has been with the company since 1978 and knows food service operations like the back of his hand.”

Don adds that Morgan’s Foods has a great sense of urgency when it comes to hiring its KFC general and assistant restaurant managers.

Deane Petzel, Morgan’s Foods’ Manager of Recruiting and Retention has been with Morgan’s since 1997. She takes her job very seriously and travels all over the region interviewing, training and coaching.

“I am equally excited to work with Petzel,” says Don. “She is a terrific communicator. If I have a candidate for her, she replies within a few hours, if not a few minutes.”

Ohio Restaurant Recruiters takes pride in matching quality people with quality jobs and Morgan’s Foods offers full benefits, including 401k with company match – something not many companies are offering anymore.

Additionally, the corporate culture at Morgan’s Foods sustains that their managers experience a good quality of life. As a result, a five day/50-hour scheduled work week is the norm and weekends off, as well as additional Saturdays or Sundays off, provided every quarter.

Outside of investing in quality restaurant managers, Morgan’s Foods is also putting money into existing units; seven units are undergoing full remodels that are scheduled to be completed by the end of 2012.

Today, Don is a Certified Personnel Consultant and a Certified Temporary Staffing Specialist. These certifications are recognized as the staffing industry’s highest standard; they also ensure that all federal, state and local laws as well the National Association of Personnel Services (NAPS) standards of ethical practices are adhered to and that Ohio Restaurant Recruiters maintains its industry credibility at all times. Additionally, it’s mandatory for staff to participate in continuing education.

Ohio Restaurant Recruiters is a member of the National Association of Personnel Specialists. It also has numerous other partnerships and affiliations including the Ohio and Pennsylvania Restaurant Associations.

News Source: Ohio Restaurant Recruiters :: This press release was issued on behalf of the news source by Send2Press® Newswire, a service of Neotrope®. View all current news at: http://Send2PressNewswire.com .

Thirty Students Launch Projects to Improve Community and World After Participating in Educational Program and Studying Climate Change in Bangladesh
Save $20K in One Year? Teach English Abroad in South Korea