You are here: Home › Management and Neighbors Work Together to Move Dangerous Bus Stop
By Send2Press Newswire on April 9, 2012 in Education, Nevada, Opinion and Commentary, Press Releases, Real Estate 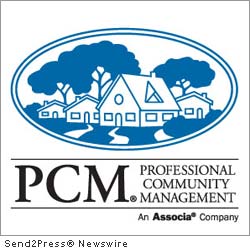 HENDERSON, Nev., April 9, 2012 (SEND2PRESS NEWSWIRE) — General Manager Karla Pearson-Call recognized that the bus stop adjacent to the Club at Madeira Canyon, the homeowners association that she manages, posed a potentially dangerous situation. The children who rode the bus had to cross traffic to access the pedestrian gate leading to the Club, said Professional Community Management of California, Inc.

Concerned parents would park their vehicles near the entrance to the gated community to pick up their children, which forced vehicles rounding the corner to suddenly stop as they entered the community.

In October 2011, Pearson-Call contacted the transportation department at the Clark County School District to propose a change to the bus stop location. After four months of meetings with district decision makers, the bus stop was moved, allowing middle and high-school aged students to simply walk into the pedestrian gate rather than cross a busy thoroughfare.

“Karla and her team saw the potential dangers and they never stopped advocating making changes that would ensure the safety and security of children and drivers alike,” said Donny Disbro, Chief Executive Officer of Professional Community Management, Inc., that manages the Club at Madeira Canyon and Madeira Canyon.

The decision to relocate the bus stop was granted in March 2012. School District Trustee Deanna Wright was instrumental in getting the change made. Upon meeting with Pearson-Call, Home Owner Association Board member Ken Sohocki and Lifestyle Director Allison Copening, Wright concurred the location could be dangerous and worked behind the scenes to get the bus stop moved.

Approximately twenty-five students use the bus stop on a daily basis.

“In light of the tragic death of Kaylee Derks, my hope is that more homeowner associations, parents and residents will join together and speak up to keep young people safe,” said Pearson-Call. “Our initial requests were denied but when we devised a strategy and persistently followed up with key decision-makers, we got the bus stop location moved to a safer spot.”

With headquarters in Lake Forest, Calif., PCM and its companies employ a staff of more than 1,500 people. PCM has offices in serving all of Southern California and Southern Nevada and is recognized by the Multi Housing Council as one of the county’s largest managers of common interest developments. Management services by PCM are backed by state-of-the art Internet technology and comprehensive financial and management systems. For additional information, please contact PCM at 800.369.7260 or at www.pcminternet.com.

About Associa:
Building successful communities for more than 30 years, Associa is North America’s largest community association management firm and serves its clients with local knowledge, national resources and comprehensive expertise. Based in Dallas, Associa and its 8,000 employees operate more than 150 branch offices in the United States, Mexico and Canada. To learn more about Associa and its charitable organization, Associa Cares, go to www.associaonline.com and www.associacares.com. Find us on Facebook, follow us on Twitter and watch us on YouTube.

News Source: Professional Community Management of California, Inc. :: This press release was issued on behalf of the news source by Send2Press® Newswire, a service of Neotrope®. View all current news at: http://Send2PressNewswire.com .