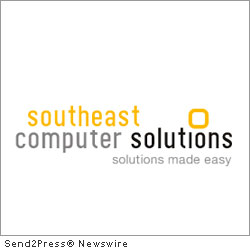 With locations in Miami and Colombia, Gems Group is a team of dedicated professionals with a passion for marketing fresh cut flowers that are sold throughout the United States at fine grocery retailers.

The open technology design of Sage ERP X3 provides full independence between the functional and the technical layer. End users may access the system via the web while the data server can take advantage of Microsoft SQL Server database – this was important to Gems as they have the ability to integrate Sage ERP X3 with other SQL-based applications.

Gems will also use the user-defined dashboards of Sage ERP X3 to provide up-to-the-minute graphical representations of key business data.

Forecasting, which previously was done on spreadsheets calculated outside of their ERP system, is now automated with Sage ERP X3 saving time, reducing errors and using sales history information directly from the system. Accurately forecasting sales is crucial to the operations at Gems, as flowers have a short life-span they need to communicate to the flower farms ahead of time in order to have inventory grown and harvested at the time sales demand them. Sage ERP X3 will give them better control over inventory and prepare them for future seasonal demand.

News Source: Southeast Computer Solutions :: This press release was issued on behalf of the news source by Send2Press® Newswire, a service of Neotrope®. View all current news at: http://Send2PressNewswire.com .