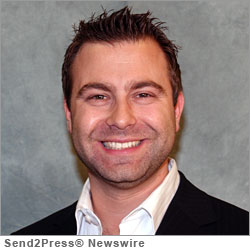 KIRKLAND, Wash., April 18, 2012 (SEND2PRESS NEWSWIRE) — In a tight presidential race, voter sentiment on religion, race, jobs or contraception could tip the balance. Or “the decisive issue just might be a health problem that jeopardizes almost every American family,” says Jonas Roeser, Senior Vice President of Marketing and Operations for LTC Financial Partners LLC (LTCFP), one of the nation’s most experienced long-term care insurance agencies.

“Almost 3 in 4 people over 65 will need long-term care at some point, according to the U.S. Department of Health and Human Services,” he says. “But most don’t have a plan to pay for this care, meaning their close relatives could be hit hard in the pocketbook. That includes just about everybody.”

So far the candidates have been mute on the long-term care insurance (LTCI) issue, and it’s high time for them to speak out, according to Roeser. So, to gain attention, his organization launched a straw poll on March 26, 2012. It asked just one question:

President Obama might have been seen as the champion of long-term care insurance, since his Affordable Care Act included a public option for LTCI, the CLASS Act. But in October, 2011, HHS Secretary Kathleen Sebelius announced that her department was halting implementation of CLASS since a way could not be found to make it self-sustaining. “Now we need to rely entirely on the private sector,” says Roeser, “but the government can still help by introducing new tax breaks or other incentives to make it easier for people to protect themselves.”

Both candidates have an equal opportunity to work with Congress to make it happen, Roeser asserts. “Both can and should state their intentions now and frequently during the campaign. Doing so can be good for the country, and who knows? It just might determine who makes it into the White House.”

The straw poll will be kept open right up until the presidential election on November 6, tracking change in voter sentiment. “It will be an interesting horse race,” says Roeser. “Will the Republican candidate stay way ahead, or will President Obama close the gap and maybe win by a nose?”

Votes may be cast at either of two locations: http://www.ltcfp.com/2012poll or http://ltcguild.ning.com/page/election-poll . After voting, the visitor may view the latest, updated percentages and find other information about the LTC issue.

The straw poll is supported by the Long Term Care Insurance Guild, the social network for LTCI and allied professionals.

LTCFP has more than 500 LTC specialists serving individuals and organizations in all parts of the nation. The company is a co-founder and sponsor of the “3 in 4 Need More” campaign, which seeks to alert Americans to the long-term healthcare crisis, and to multiply the number protected by long-term care planning.