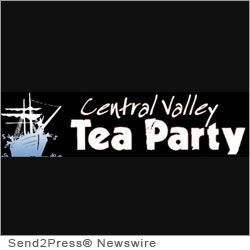 These Fresno businessmen and women will be on hand to tell their stories at the press conference. These businesses have been neglected and abused by the City and County of Fresno as well as the High-Speed Rail Authority. Also scheduled to speak is John Broeske, Executive Director of Families Protecting the Valley.

The lost revenue to the city and county of Fresno will be in the tens of millions of dollars. This is revenue that the city and county rely upon for essential services for all citizens. One business represented pays over a million dollars monthly in sales tax alone. Another Fresno business pays the county over a million dollars annually for truck licensing fees. These direct losses of tax base do not include similar losses from each and every employee.

The number of employees lost is another unreported issue. Many of the companies effected will be leaving Fresno altogether – many to other counties and several to other states. It will be nearly impossible to relocate these businesses to locations with similar freeway access inside of Fresno.

The displacement costs on top of the lost revenue will never adequately replace the active business dollars these businesses have built over generations of being in the right location. Eminent domain seizure of these properties is already planned by the High-Speed Rail Authority and the only recourse of these businesses may be a class-action lawsuit that could tie up the project for years.

News Source: Central Valley Tea Party :: This press release was issued on behalf of the news source by Send2Press® Newswire, a service of Neotrope®. View all current news at: http://Send2PressNewswire.com .

GoDavis.biz Announces the Launch of Enhanced Website
The Fulton Leadership Academy to Hold Its 2nd Annual Walk for Excellence Fundraiser