You are here: Home › Leader v. Facebook to the U.S. Supreme Court?
By Send2Press Newswire on May 8, 2012 in COLUMBUS, Ohio, Internet, Legal and Law, Ohio, Patent and Trademark, Press Releases 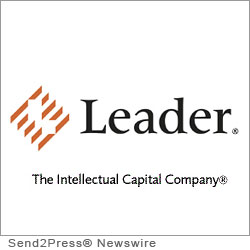 “Leader asked the Federal Circuit to overrule this verdict, because the company’s patent interests were protected by a ‘no-reliance’ agreement that negated any possibility of making offers before we had signed contracts,” said McKibben. “But the court ignored these agreements, accepted Facebook-doctored evidence, and misquoted my testimony to justify their decision.”

“We are extremely disappointed,” McKibben added. “The appeals process is supposed to correct legal errors by juries, not simply root around for new evidence to justify not overturning a jury that was fooled by Facebook tricks.”

McKibben may appeal to the U.S. Supreme Court. “We firmly believe that the jury erred in their one finding against Leader,” he says. “Facebook is using our invention, as the jury agreed, without our permission. This court just condoned hacking of intellectual property and fabrication of evidence as acceptable business practices.”