You are here: Home › Peter Grandich Issues Dire Financial Forecast for Our Children and Grandchildren
By Send2Press Newswire on May 9, 2012 in Business, Finance, New Jersey, Opinion and Commentary, Press Releases 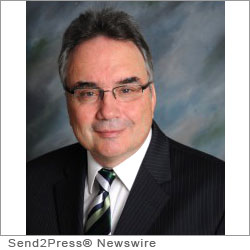 MANASQUAN, N.J., May 9, 2012 (SEND2PRESS NEWSWIRE) — Peter Grandich, market commentator and editor of the internationally-followed “Grandich Letter” at www.Grandich.com, posted a strong warning to readers today about the United States’ grave financial condition, predicting a dire fiscal picture for our children and grandchildren.

In the forecast, which coincides with his daughter’s twentieth birthday, Grandich says, “The greatest blessing in my life, my daughter Tara, is 20 years old today. While witnessing her birth through today has brought only joy, during this period I’ve also watched my country spiral downward economically, socially and spiritually. Both sides of the political aisle are responsible, and nowhere is that more true than in the grave financial condition we find ourselves in as a nation.”

He states, “I have no cabins in West Virginia nor dry food to sell…and I can assure you that what I’m about to state is not good for business. My wonderful daughter, and the sons and daughters (and grandchildren, too) of those who read this, are going to pay an enormous price for decades of over indulgences and total mismanagement by government and individuals. Better days for these generations cannot and will not be possible without severe economic and social pain.”

Grandich predicts, “What we have witnessed in Greece and elsewhere is coming to the shores of America…make no mistake about it, the die has been cast and all the political rhetoric and rare actual good political deeds can’t prevent the inevitable.”

He adds, “The fact is America is bankrupt financially (and well on its way to socially, politically and spiritually, if not there already). The saddest point of this fact is virtually all Americans either don’t grasp it or if they do, hope it’s only a bad dream and they shall wake up and all shall be well again. While there have been a few brave politicians who have been willing to tell it like it is and even fewer Wall Street types, the ignorance of the nation is not surprising when you look at how other people in countries now already well into the nightmare also lived in denial.”

He references what he calls “class warfare” that he sees coming to the U.S., which will pit the 55-and-over generation against younger citizens.

He also notes the importance of how we are quickly approaching a time when over 50 percent of all Americans will be working for the government, so making any great sweeping changes will be nearly impossible.

Finally, he tells what he sees as the poster child for America’s addiction to excess: self-storage facilities.

“There’s no quick fix but I can tell you we’ll know we’re finally on the right road to recovery when we see public storage facilities closing versus opening everywhere we go,” Grandich says.

He sums up his calamitous conjecture with the statement, “America’s only real hope is to do what our Founding Fathers did and return Almighty God back to His rightful place as the true leader of this once great country. No other solution is doable.”