You are here: Home › Two Members on WEST’s Advisory Board – Finalists for the New England Region Ernst and Young Entrepreneurial of the Year Award
By Send2Press Newswire on May 25, 2012 in Awards and Honors, Massachusetts, NonProfit, Press Releases, Women’s Interests 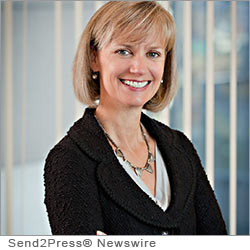 CAMBRIDGE, Mass., May 25, 2012 (SEND2PRESS NEWSWIRE) — Out of its commitment to having women leaders be visible, WEST: Advancing Women in Science and Technology, nominated two members of their Advisory Board – Kip Hollister and Barbara Lynch for the Ernst & Young Entrepreneur of the Year Award. Both Kip and Barbara have been announced as finalists for the New England Region Ernst & Young Entrepreneurial of the Year Award for 2012.

WEST’s vision is to promote, advance, and develop women in Science, Engineering, and Technology as leaders and, C-level executives; that make a profound difference in the communities they serve.

WEST’s model on the key success factors for women in STEM is based on research from Catalyst, the Anita Borg Institute and Harvard Business School. The research confirms that the four areas for women to focus on to ensure success in their careers are Performance, Visibility, Leadership Experience and Sponsorship.

WEST’s commitment to having women leaders be visible is what motivated Ilene Fischer, Executive Director WEST and advisory board member for Mass High Tech’s Women to Watch Awards to nominate two out the twenty women that became 2012 Women to watch: Jennifer Chayes, Managing Director of both Microsoft Research Centers; NY and Boston and Bonnie Fendrock, CEO Hepregen.

It is out of this same commitment to women leaders being visible that WEST Board member Nikki Borman, former Ernst and Young employee, nominated both Kip Hollister and Barbara Lynch for 2012 Ernst & Young Entrepreneurial of the Year Award.

The Ernst & Young Entrepreneur of the Year Award is awarded to several entrepreneurs across the globe.

WEST nominated Kip Hollister, who is the founder and CEO of Hollister Inc. In 1988, Kip Hollister had a dream of eliminating the transactional nature of the staffing industry. Her goal was to build an organization driven by values and relationships while guiding both candidates and clients through the real challenges associated with a continuously evolving job market. In 2009, those values and relationships shaped Hollister Inc. into one of the premier recruiting firms in Massachusetts, and today, it serves national clients.

WEST also nominated Barbara Lynch, founder and CEO of Barbara Lynch Gruppo and WEST advisory board member. Barbara Lynch is a James Beard Award-winning, and one of Boston’s and the country’s leading chefs. She is one of 5 women Michelin star chefs in the world. She is an entrepreneur – managing the operations of eight concept restaurants and employs over 200 people. In 2011, Barbara Lynch along with the Gruppo team launched an initiative dedicated to educating healthy, sustainable eating habits through hands-on learning in gardens and classrooms at Boston’s at-risk schools they created a non-profit called Meet the Worms.

Ilene Fischer, Executive Director of WEST said, “Promoting women leaders to be visible is a core value of WEST. We are delighted that we have been able to nominate such extraordinary women and role models.”

Both highly talented nominees for the Ernst & Young Entrepreneurial of the Year Award are members of WEST’s advisory board and have made it to the finalist round for New England for 2012.

About WEST:
WEST: Advancing Women in Science and Technology is a 501(c)3 Massachusetts based non-profit. WEST’s mission is to promote, advance, and develop women in Science, Engineering, and Technology as leaders, advocates, C-level executives and thought leaders that make a profound difference in the communities they serve.

WEST is a community and a forum, for early, mid-career, executive and entrepreneurial women. Through participation our members become inspirational leaders and role models for their teams, organizations and businesses. More information: http://www.westorg.org .

News Source: WEST: Advancing Women in Science and Technology :: This press release was issued on behalf of the news source by Send2Press® Newswire, a service of Neotrope®. View all current news at: http://Send2PressNewswire.com .