You are here: Home › EnviroIngenuity Announces Plans for Hydroponic Vertical Farm Demonstration Center in Laguna Beach
By Send2Press Newswire on May 29, 2012 in Agriculture and Farming, California, Energy, Entertainment, Press Releases 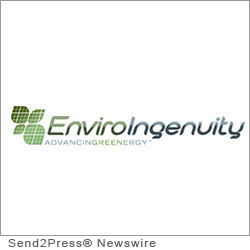 “This will be the first urban demonstration center on the west coast featuring the Verti-Gro system, a surprisingly simple and cost-effective food production process which has been featured at the Living with the Land attraction at Epcot theme park for 16 years,” said Erik Cutter, Managing Director of EnviroIngenuity. “As the Southern California distributor of Verti-Gro products, we took a trip to Florida to see the attraction and it became immediately clear to me that Southern California needs to get more involved in high-yield, resource efficient local food production and be able to see a working model in action. The Verti-Gro system used throughout the East Coast for the last 16 years represents the ultimate in simple-to-use, high-tech growing of fruits, vegetables and flowers.”

The Living With the Land attraction is a boat ride focused on the history of U.S. agriculture and showcases many new sustainable technologies and ideas designed to make food production more resource efficient and environmentally friendly. Numerous Verti-Gro hydroponic towers are featured in the exhibit’s main greenhouse, which demonstrates leading-edge concepts about the future of agriculture. It is situated next to other futuristic growing systems, including aeroponic systems, which spray a nutrient mist onto the exposed roots of the plant, and aquaponic systems, in which fish and plants thrive together in a symbiotic, closed-loop system that mimics the natural environment.

“In Laguna Beach, we have many discriminating foodies who demand locally-grown, clean, natural food, rich in essential vitamins, minerals and trace elements,” said Cutter. “I am certainly one of them! And knowing where your food comes from and consuming it fresh greatly reduces disease-triggering processes and strengthens the body’s immune system.”

According to Cutter, the Verti-Gro system has been proven to grow high-quality, great tasting food faster and more efficiently than any other system on the market he has researched and tested.

EnviroIngenuity’s Verti-Gro® hydroponic commercial and home garden systems dramatically increases affordable access to locally grown, natural produce while reducing water use by over 85 percent, land use by 70 percent and fertilizer consumption by 50 percent and completely eliminating pesticide use. High-yield vertical home gardens eliminate the need to transport food from the field to the store and then to the home, cutting greenhouse gas emissions over 90 percent. Commercial Verti-Gro® hydroponic vertical farms enjoy the same resource efficiencies.

News Source: EnviroIngenuity :: This press release was issued on behalf of the news source by Send2Press® Newswire, a service of Neotrope®. View all current news at: http://Send2PressNewswire.com .