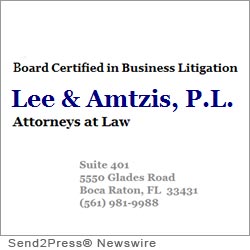 NACI was a Florida corporation founded in 1995 with its principal place of business in Longwood, Florida. NACI was a correspondent brokerage firm registered with the SEC since 1995. NACI acted as the clearing firm for approximately 40 small brokerage firms and cleared transactions for more than 10,000 customer accounts valued at more than $500 million. At the time the SEC filed its original Complaint in 2008, Goble had no compliance or regulatory violations nor any prior warnings by FINRA or the SEC. Goble was a member of FINRA’s board of directors. GOBLE was also a vocal critic of actions being taken by FINRA at the time, including actions taken by Mary Shapiro who later became head of the SEC. As a result of the SEC’s action, Goble was forced to resign from the FINRA Board.

On May 27, 2008, the SEC obtained an asset freeze and other emergency relief due to allegations of fraudulent misconduct at NACI. The SEC filed a Complaint against GOBLE, NACI’s President, Bruce B. Blatman (“Blatman”), and its former financial and operations principal, Timothy J. Ward (“Ward”), charging them with fraud and other securities laws violations. The SEC’s Complaint alleged that the defendants engaged in illegal activities, including the misuse of customer funds, in order to hide NACI’s financial problems and to pay for its daily business operations. In addition to the asset freeze, the SEC obtained a temporary restraining order against the defendants and an order appointing a receiver over NACI.

In its decision, the Eleventh Circuit found that the transaction at issue was not the result of any misrepresentation and that the transaction was not in connection with the purchase or sale of securities. The Eleventh Circuit thus determined, as a matter of law, that Goble did not commit securities fraud. The Eleventh Circuit affirmed the claim that Goble aided and abetted Ward and Blatman in violating the books and records requirements of Section 17(a) of the Exchange Act, 15 U.S.C. § 78q(a), and Rule 17a-3, 17 C.F.R. § 240.17a-3, which required NACI to maintain accurate records. The Appellate Court also vacated the District Court’s injunction that barred Goble from procuring a securities license, engaging in the securities business or violating § 10(b) or Rule 10b-5. The Court also vacated portions of the injunction requiring compliance with the Exchange Act rules.

The Eleventh Circuit’s opinion, issued almost four years to the day after the SEC shut down NACI, vindicates Goble. Based on the District Court’s original Judgment and the Eleventh Circuit’s reversal, the SEC shut down a substantial clearing firm that had over 40 correspondent brokers and serviced over 10,000 customer accounts based solely on a single incident of a books and records violation.

“After fighting for four years to clear his name, Goble has finally established that he did not commit securities fraud and did not improperly utilize customer funds,” said Eric Lee.

News Source: Lee and Amtzis, P.L. :: This press release was issued on behalf of the news source by Send2Press® Newswire, a service of Neotrope®. View all current news at: http://Send2PressNewswire.com .