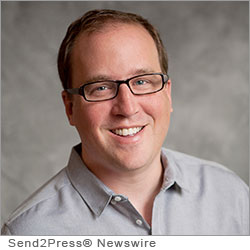 BOULDER, Colo., June 5, 2012 (SEND2PRESS NEWSWIRE) — AdvoCharge, a Boulder, Colorado-based independent merchant service provider, announced today that it received an investment from TechStars CEO and co-founder, David Cohen, to be used for business development and expansion. Cohen, known for his investments in early stage technology companies, commented that while helping AdvoCharge is a great investment by itself, the fact that many TechStars businesses have already benefited from AdvoCharge’s services is an added bonus.

“A number of the TechStars businesses are currently working with AdvoCharge and have realized significant savings – as much 80-90 percent over the fees they had been paying to their previous credit card processor. On top of the savings, our TechStars companies are really happy with the service and support they receive,” said Cohen.

Jim Booth, VP of Operations at Orbotix – a TechStars graduate and maker of the robotic ball gaming device, Sphero (recently played with by President Obama in a visit to Boulder) – echoed Cohen’s words. “Rate is not everything with merchant services, but the support we get from AdvoCharge has been tremendous. When you couple that with the very low rate they established for us, we couldn’t be happier.”

AdvoCharge’s CEO, Mark Tracy, stated, “We are thrilled to be working with David. Through TechStars and his other investments, David has learned a great deal about what makes startups successful and has a tremendous network. We’re excited to learn from him, to leverage the relationships he’s developed and to positively impact those contacts.”

Tracy elaborated, “Our goal with all our customers is to keep credit card processing costs to a minimum and keep support consistent and high quality. The larger merchant service industry seems to try to take as much money as they possibly can from individual merchants and they’ve created a very antagonistic relationship between card processor and business owner.”

“One of our core beliefs is that if our merchants are successful, we are successful, so we do everything in our power to support them – the ‘Advo’ in AdvoCharge is for advocate and we stand behind that concept,” said Tracy. “That’s why our merchants save on average 72 percent over what they had been paying in fees to their previous credit card processor – we even guarantee that we will save business owners money! And it’s why our business has grown largely by word of mouth. With David’s investment, we will more actively cultivate our relationships both in and out of the tech space and develop the tools and processes to help our merchants be even more successful.”

About AdvoCharge:
AdvoCharge is an independent merchant service provider based in Boulder, Colo., with customers across the U.S. AdvoCharge establishes credit card processing rates and all associated services and products on behalf of its clients at a substantial discount over the rates typically established by the larger merchant service industry. Compared to the fees charged by other processors and independent sales organizations (ISOs), AdvoCharge’s fees are on average 72 percent lower.

AdvoCharge serves independent businesses as well as large corporations and franchises. AdvoCharge works with both for- and non-profit organizations, in sectors ranging from retail, B2B and eCommerce. For more information, please visit http://advocharge.com. Contact: info@advocharge.com or 720-505-2712

News Source: AdvoCharge :: This press release was issued on behalf of the news source by Send2Press® Newswire, a service of Neotrope®. View all current news at: http://Send2PressNewswire.com .