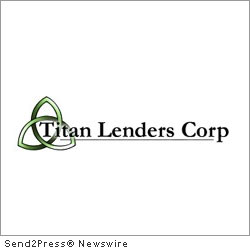 DENVER, Colo., June 5, 2012 (SEND2PRESS NEWSWIRE) — Mortgage fulfillment outsource services expert Titan Lenders Corp. (Titan) is pleased to announce the addition of mortgage banking executive, Debora Aydelotte, to Titan’s executive team. Aydelotte brings more than 24 years’ experience in risk management and management of operations from origination and capital markets through servicing. Debora will serve as president of the new subsidiary of Titan, the details of which will be announced later this month. She will also lend her enterprise risk expertise in leading Titan’s Risk Management Services, a new division within Titan.

“As Titan seeks to expand its footprint in the industry, we do so with an eye towards service expansion and the formation of strategic alliances,” said Mary Kladde, Titan Lenders Corp. CEO and founder. “Titan’s phenomenal growth this year required the addition of a seasoned mortgage industry veteran like Debora that has in-depth experience in market expansion and strategic growth initiatives.”

“The current mortgage market is ripe with expansion opportunities for a company like Titan that has immersed itself in the operational aspects of loan production,” Aydelotte said. “I look forward to developing the next chapter in Titan’s history.”

Previously, Aydelotte served as chief operations manager for Aurora Bank, where she lead national fulfillment efforts for Aurora’s direct to consumer, retail, and correspondent lending channels. In addition, Aydelotte also served as program director for Aurora’s Making Home Affordable program and worked with the U.S. Department of the Treasury, Fannie Mae, and Freddie Mac on the program’s implementation. While with Aurora Bank, Aydelotte also directed growth and development of correspondent channel operations in Aurora’s Denver, Dallas, and Mumbai locations. Throughout her career, Debora has also lead critical transformational change, such as large system initiatives.

Aydelotte received her Bachelor of Arts degree in business and communications at Alverno College in Milwaukee, Wisconsin and is currently working on her master’s degree in economic policy. Debora is a member of various mortgage banking groups and advisory roundtables and maintains active involvement in her community, having served as chairperson on diversity and inclusion committees at various organizations. Aydelotte resides in Colorado with her husband and two children. She enjoys skiing, traveling abroad with her family and speaks fluent German.

About Titan Lenders Corp.:
Titan Lenders Corp. (www.TitanLendersCorp.com) is one of a specialized few providers of mortgage back office fulfillment services, a not-well-understood facet of mortgage lending that includes closing, funding and post closing services. Community banks, credit unions, mortgage bankers and brokers, and warehouse line lenders use outsource providers strategically to minimize compliance risks in a time-sensitive error-averse environment. Fluctuations in mortgage lending volume also lead some mortgage lenders to outsource their entire back office operation and secure predictable “per transaction” pricing rather than maintaining an inflexible static in house staff.

News Source: Titan Lenders Corp :: This press release was issued on behalf of the news source by Send2Press® Newswire, a service of Neotrope®. View all current news at the Send2Press for Journalists Portal: http://Send2PressNewswire.com .