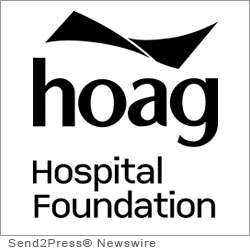 “The Hoag Movie Screening is one of biggest events of the year and we’re thrilled that the Herbert Family and all of our sponsors are lending their friendship and support to one of the nation’s finest healthcare systems,” said Mark Hardtke, chair of the event. “This will be a night to remember for Hoag’s patients and the entire community.”

“Hoag is a world-class healthcare system and we’re excited to treat our young patients to an evening of royal treatment,” said Lauri Herbert Delson, whose gift made the program possible. “But even more important, we are bringing them to this event so they can actively raise awareness of Type 1 Diabetes and join the Hoag community of friends and supporters.”

The program is facilitated by Delson’s daughter, Lauren Franke, whose two sisters have had Type 1 Diabetes for 18 years.

Buck Evans, 24 of Newport Beach, CA was diagnosed with Type 1 Diabetes in January 2012. The Herbert Family program has brought him friendship and support through this challenging time in his life.

“A year ago I was preparing for law school and then suddenly I learned that I have this genetic disease,” he said. “The Herbert Family Program has helped me adapt and given me the passion for a new career to assist Type 1 Diabetics like myself with financial planning and a myriad of different financial issues that can affect us.”

About The Herbert Family Program:
The Herbert Family Program addresses the financial, psychological, social and physical changes that challenge not only the young adult, but also their entire family and support system. The program features social events, peer interactions, counseling, education, nutrition therapy, and pump and meter training to young adults with Type 1 Diabetes ages 18-30.

The program is available at The Mary & Dick Allen Diabetes Center, which is supported by philanthropy and serves patients to enhance the care provided by their physicians. Please visit www.Hoag.org/Diabetes .

About Hoag’s 552 Club:
The 552 Club is a community-based hospital support group of individual volunteers and donors dedicated to promoting and financially supporting Hoag. As the oldest and largest of Hoag’s volunteer financial support groups, the 552 Club has raised more than $37 million for Hoag since its founding in 1966. The club and its members participate in a year-round calendar of exciting events. These include the Toshiba Classic, a PGA Champions Tour event, the Newport Beach Breakers World Team Tennis season, Movie Screening, Charity Shoot, Invitational Regatta for The Hoag Cup, Christmas Carol Ball and other friend and fundraising activities. To join the 552 Club or participate in events, please visit www.hoaghospitalfoundation.org/552-club .

News Source: Hoag Hospital Foundation :: This press release was issued on behalf of the news source by Send2Press® Newswire, a service of Neotrope®. View all current news at the Send2Press for Journalists Portal: http://Send2PressNewswire.com/ .