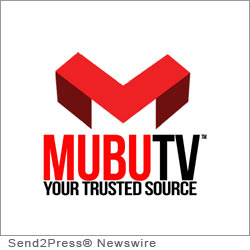 HOLLYWOOD, Calif. (SEND2PRESS NEWSWIRE) — Global music industry partners the Music Business Registry and Symbiotic Nation have joined forces to present the MUBUTV Insider Video Series, featuring interviews with some of today’s leading music industry professionals in the areas of A&R, music supervision, legal affairs, marketing & branding, publicity, and record production, among others. The series made its debut on MUBUTV’s official website (MUBUTV.COM) as well as their YouTube channel on Wednesday August 15th.

“For a long time, Ritch and I had discussed working on a project together that would embody our passion for educating artists as well as professionals on the future of our industry,” says Knight. Esra and Probst concur, “Over the last decade, we’ve experienced a radical sea change in this business which is why we feel that the time for this is now. It’s absolutely crucial that artists and industry professionals educate themselves.”

Another component of MUBUTV is their “Featured Artist Series” which will showcase and spotlight videos from new and up-and-coming artists in every genre from around the world. “We want MUBUTV to be the trusted source to help break the next generation of artists,” says Esra.

ABOUT MUBUTV
MUBUTV™ is a music business video series that examines several areas of today’s music industry, including: A&R, music supervision, legal affairs, marketing & branding, publicity, and record production. The ultimate goal and objective of MUBUTV is to educate, empower and enlighten the musician and industry professional of the twenty-first century.