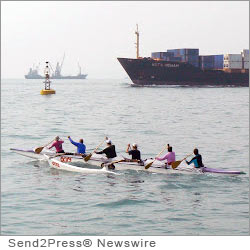 BOULDER, Colo., Aug. 27, 2012 (SEND2PRESS NEWSWIRE) — TeamSnap, a mobile and web service used by almost a million and a half players, parents and coaches to manage sports teams and leagues, reported that teams in virtually every country are now using its online team management tools. TeamSnap now has 100,000 teams across 176 countries, representing virtually every nation on the globe.

Teams use TeamSnap for more than 100 different sports (and non-sport groups) ranging from soccer to sailing to cricket to rugby.

“We love the ability to program our club’s training schedule into TeamSnap and track on the web and on our phones who can and cannot attend practices,” said Gina Miller, President of the Lamma Outrigger Canoe Club (LOCC). The LOCC was founded in 2006 and is based out of Tai Wan To Beach in Yung Shue Wan on Lamma Island (Hong Kong). “As the club has grown, we had to migrate from email, paper and spreadsheets to a modern online team platform like TeamSnap.” 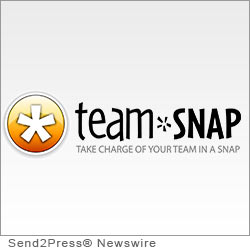 Olivier Dautrebande, head of La Rasante field hockey club in Belgium, said, “Our club has been around since 1901, but we try to be as efficient as possible by using the latest technology. With more than 60 teams involved each season in the Belgian championship, we need a tool that helps us communicate easily with all members. With TeamSnap, each team manager can easily manage its team while club management can use the same tool to quickly send information to the appropriate teams. It was incredibly helpful this summer when we had to communicate with lots of people about a special event organized for the girls. TeamSnap is a very convenient tool for all.”

About TeamSnap:
TeamSnap (http://www.teamsnap.com/) is an award-winning mobile and web service for managing recreational and competitive sports teams and groups. With a simple but powerful interface, TeamSnap makes it easy to keep track of Rosters, Schedules, Game and Practice Attendance and Availability, Team Payments, Statistics and much more. Comprehensive messaging functions keep everyone in touch, and with a strong focus on usability and simplicity, TeamSnap is software that people actually find fun to use.

With enthusiastic customers in 176 countries, and teams representing over 100 different sports as well as non-sport groups, TeamSnap has quickly become the fastest-growing team and group management solution on the planet.

NEWS SOURCE: TeamSnap :: This press release was issued on behalf of the news source by Send2Press(R) Newswire, a service of Neotrope(R). View all current news at the Send2Press for Journalists Portal: http://Send2PressNewswire.com/ .