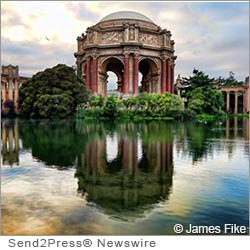 SAN FRANCISCO, Calif., Sept. 7, 2012 (SEND2PRESS NEWSWIRE) — The Pacific Pinball Museum, founded ten years ago in the Bay Area city of Alameda, has dedicated its non-profit mission to preserving the art, science and history of pinball. The museum currently has 90 games set to free play for one admission price at its Alameda location. With the ongoing success of its mission, PPM has begun bursting at the seams and needs a new location. The board has set a goal of relocating to the Palace of Fine Arts in San Francisco. To that end, Executive Director Michael Schiess has launched an indiegogo.com-based fundraising campaign.

“We’ve seen all kinds of educational non-profit efforts reach incredible fundraising goals on indiegogo,” said Schiess. “Your donation there can help us get more than 1500 historic games to see the light of day again in a new, larger location.”

Filling the new space will be new exhibits about the history, science and art of pinball games from Pinball’s birth as Bagatelle to the current day’s X-Men and Tron.

“America needs a pinball museum celebrating this uniquely American art form in a comprehensive and learned manner,” said Melissa Harmon, PPM Curator. “We hope indiegogo will help us raise the $1.5 million we need to fund our move and negotiate rent terms.”

Donors to the cause won’t go un-rewarded. The PPM offers posters, T shirts, hats, museum memberships, passes to the Pacific Pinball Exposition and much more in thanks to its donors. The museum is already well known in the pinball community for having established the largest pinball show in the world: the Pacific Pinball Expo, now in its sixth year. The museum’s other accomplishments include: traveling exhibitions at the San Francisco Airport Museum and other locations, the creations of the “Lil Juju” portable pinball museum and the development of pinball curriculum in classes for grade school children held for the first time this year.

The PPM has some 500 pinball games restored and ready to display but no room to display them. This grass-roots effort is well on its way, and the museum is fully self-sustaining in its current location, reflecting the Herculean effort of more than 200 volunteers.

“Please help us to find a permanent home for the Pacific Pinball Museum,” said PPM Board Chairman Larry Zartarian. “Help us to restore, refurbish and display our growing collection of upwards of 1,500 pinball machines.”

The timing for the indiegogo campaign is critical as the Golden Gate Parks and Recreation department will be putting out a request for proposals as soon as the Exploratorium has vacated the Palace of Fine Arts building in spring of 2013. With successful fundraising and the PPM’s ready to go collection, the PPM can create an incredible museum of fun, learning and gaming rather quickly and easily. If the PPM doesn’t meet its entire goal, the partial funding will be applied to an alternate location. The campaign ends at the end of September, 2012.

For those unable to help financially, but who fully believe in the cause of preserving pinball, PPM asks to spread the word using this handy link: http://www.indiegogo.com/PinballMuseum .