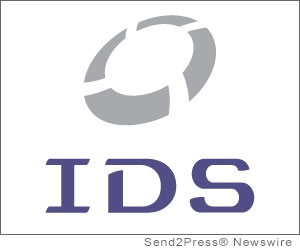 Over the first half of 2012, IDS experienced a 52 percent increase in the number of documents ordered over the same period in 2011. In addition, IDS has had four consecutive record-breaking months in 2012 and increased its client roster by 33 percent.

Early data from third quarter 2012 indicates that IDS is on track to achieve similar results in the second half of 2012. For example, IDS saw a 16.2 percent increase of mortgage documents from July to August and a 99.18 percent increase as compared with volume achieved during August 2011.

“With all the new proposed regulations from the Consumer Financial Protect Bureau (CFPB), particularly in the area of disclosures, the need for compliant documents is more important than ever,” Mackey explained. “Lenders want, and are actively seeking, docs vendors that can ensure compliance down to the last period, and we’re happy to accommodate them.”

“We are thrilled to see such fantastic growth in the first half of 2012. The numbers we are seeing this year are by far the best we’ve seen in the past few years,” he added. “Accordingly, we’ve ramped up our customer support staff to ensure that we’re able to handle the increased volume, per usual, without a hitch.”

About IDS Inc.
IDS is a nationwide provider of mortgage documents and compliance. IDS services include closing documents, initial disclosures and fulfillment. IDS’s solution, idsDoc, is recognized in the industry for its ability to be customized to meet specific lender needs. IDS backs the system with unsurpassed customer service, cutting-edge technology, compliance and document guarantees and a solid compliance team. Lenders looking to move forward when it comes to doc prep can visit the IDS website at www.idsdoc.com or call 800.554.1872.

NEWS SOURCE: International Document Services :: This press release was issued on behalf of the news source by Send2Press(R) Newswire, a service of Neotrope(R). View all current news at the Send2Press for Journalists Portal: http://Send2PressNewswire.com/ .