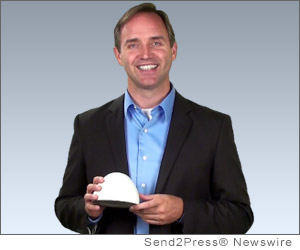 So, while contractors and homeowners search for ways to meet the challenges of pipe protection, the e-cap, also known as the wonder cap, already has the solution. It’s designed to protect all roof vents including plumbing, heating, and radon.

“The e-cap is a simple and versatile solution,” Ken Brown, president JAF Industries, says. “For less than $10, home and business owners can prevent problems that may cost thousands of dollars to repair down the line. So, why not be proactive? Protect now or pay later.”

So, how does it work? The e-cap is installed on PVC or ABS venting material. And, it may be used on PVC/ABS combustion air pipes and vent pipe terminations.

It fits three sizes (one and a half, two and three inches) of PVC/ABS pipes in one cap. It promotes unrestricted airflow of intake and vent flue and will never freeze from condensation.

The message is clear. These large corporations give the e-cap the green light because it saves time and money; promotes health and safety; and in the long run – preserves sanity.

“People really cannot afford to be without it,” Brown says. “Our mission is to protect people’s hard-earned investments. The e-cap’s vertical/horizontal usage and design appeal is hitting the rooftop charts; this is only the beginning.”

Serving real people, analyzing real problems, and offering real solutions – that’s what the e-cap does. And, it’s made in the U.S.A. and shipped all over the U.S.A. and Canada.

To learn more about the e-cap, watch this YouTube video at: http://www.youtube.com/user/savepipey?feature=results_main – or visit the new e-cap’s spokesperson, Jed for JAF, at: www.savepipey.com .

NEWS SOURCE: JAF Industries :: This press release was issued on behalf of the news source by Send2Press(R) Newswire, a service of Neotrope(R). View all current news at the Send2Press for Journalists Portal: http://Send2PressNewswire.com/ .