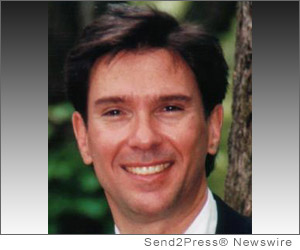 ATLANTA, Ga., Sept. 24, 2012 (SEND2PRESS NEWSWIRE) — Jay Fenello, a homeowner currently suing Bank of America to prevent an illegal foreclosure of his home, today announced that he has reported the bank to state and Federal regulators for allegedly continuing to violate the terms of the Multi-State settlement.

In his letter, Mr. Fenello describes how he has been subjected to the same illegal and unethical foreclosure practices that the Multi-State settlement was designed to stop, specifically:

– advising consumers that they must miss payments in order to be considered for loan modifications, despite federal rules to the contrary.

– promising to act upon requests for mortgage modifications within a specific period of time, usually one or two months, but instead stranding consumers without answers for more than six months or even a year;

– falsely assuring them that their homes would not be foreclosed while their requests for modifications were pending, but sending foreclosure notices, scheduling auction dates, and even selling consumers’ homes while they waited for decisions;

– offering modifications on one set of terms, but then providing them with agreements on different terms, or misrepresenting that consumers have been approved for modifications.

As part of the Multi-State settlement, Bank of America has agreed to cease and desist these practices, and to pay almost $9 billion in restitution to their victims, as enumerated in Appendix A of the Consent Decree (Case 1:12-cv-00361-RMC, US District Court, DC).

Despite this settlement, Bank of America allegedly continues to justify their attempts to foreclose on Mr. Fenello’s home using these same illegal and unethical practices, as evidenced by the recent court filings in the Fenello vs. Bank of America lawsuit (Case 1:11-cv-04139-WSD, US District Court, Northern Division, Georgia).

In his letter, Mr. Fenello has asked “regulatory authorities investigate this matter further, and take appropriate action to ensure that Bank of America lives up to the settlement as negotiated.”

NEWS SOURCE: Jay Fenello :: This press release was issued on behalf of the news source by Send2Press(R) Newswire, a service of Neotrope(R). View all current news at the Send2Press for Journalists Portal: http://Send2PressNewswire.com/ .