You are here: Home › Luxury is Back for Home Remodeling
By Send2Press Newswire on September 25, 2012 in California, Construction, Home and Garden, Press Releases, Reports and Studies, SUNNYVALE, Calif. 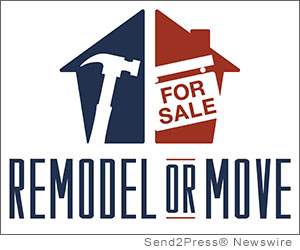 SUNNYVALE, Calif., Sept. 25, 2012 (SEND2PRESS NEWSWIRE) — The RemodelOrMove.com Fall 2012 Remodeling Sentiment Report documents a continuing increase in the scale of planned remodels for homeowners.Multi-year highs in the stock market, home prices that are inching up, record low interest rates and pent-up demand for home maintenance are fueling this increase.

Homeowners’ growing preference for using luxury home products is a noteworthy trend.This trend appears to indicate that the building and remodeling industries will recover top down, with the higher-end products increasing in use disproportionately with demand for average and economy products. This trend will probably continue until the economic turnaround becomes stronger and more widespread

Details from the Report that indicate that “luxury” is coming back to home remodeling:

* Homeowners are describing the materials they will use in their remodel as “expensive” at the highest rate since 2008.

* The scope and scale of remodels is the largest since 2007, with an average remodeling cost estimated to be $100,000. Homeowners are stating they will, on average, add or remodel more than three rooms.

* 35 percent, the highest number since 2008, of respondents are reporting that the economy is not affecting their plans to remodel.

* Kitchen remodeling takes over as the #1 favorite remodeling project for the first time since 2008.This shift is another indicator that “luxury” is returning to what was a “practical” remodeling market.Many homeowners view a kitchen remodel as a luxury while a bathroom addition or remodel can be sometimes justified as a necessity.

* The wealth effect is helping to fuel this return to luxury as average home equity reported by homeowners taking this survey was $123,000 – the highest since 2009.

* The decision to remodel or move is increasingly difficult as the difference between the average cost of remodeling, $100,000, and the average price difference between their current home and their dream home, $113,000, become almost the same.The near-equal costs of remodeling their current home and the cost to sell what they have and move to a new home makes the remodel or move decision much more difficult.

Learn more about the US Remodeling Sentiment Report at http://RemodelOrMove.com/ .

NEWS SOURCE: ABCD Publishing LLC :: This press release was issued on behalf of the news source by Send2Press(R) Newswire, a service of Neotrope(R). View all current news at the Send2Press for Journalists Portal: http://Send2PressNewswire.com/ .