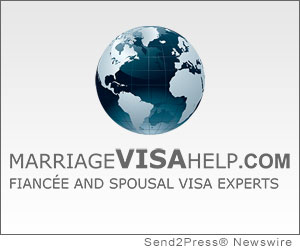 A number of changes to the U.K. settlement visa application process came into effect on 9th July 2012. The changes to the U.K. immigration Rules apply to individuals from outside the European Economic Area wishing to join their settled partner in the U.K. on a marriage, fiancee or de facto partner visa. The new threshold amount for sponsoring a foreign partner with no children is £18,600 (the level at which a couple would not receive income related benefits in the U.K.). If a foreign fiancee, partner or spouse has one dependent that is being sponsored for a settlement visa at the same time as the main applicant this amounts to a total of £22,400 (£24,800 for two children, £27,200 for three et cetera).

It is the view of many U.K. immigration professionals that the government has made the visa application process needlessly complex. It has been reported that many couples struggle to meet the new minimum income threshold criteria which results in an increased number of U.K. settlement visa applications being refused on financial grounds. The U.K. Border Agency officials have been instructed to refuse an incomplete application without reference to the applicant or their sponsor. The documents provided at the time of submission are the only documents that will be considered. In most cases the U.K. Border Agency will not accept any additional supporting documentation sent later in the process by post, email or fax unless specifically requested by the examining entry clearance officer (ECO) in order to make a final determination of eligibility.

Other changes are equally harsh and many people will fall foul of the new stringency as anyone applying who is unprepared to meet the new guidelines on revised language, the Life in the U.K. test or other requirements. The two year marriage or relationship rule has now been extended to five years. In some cases this will mean that the U.K. family immigration process will become so long and costly. If for some reason an applicant fails to fill in forms correctly or cannot meet the new more stringent qualification requirements, the visa application, whether a partner visa, a U.K. marriage visa or a fiancee visa made under settlement category, will be automatically refused. The U.K. Border Agency has instructions to follow the new guidelines to the letter and in many cases this will result in a perfectly genuine case with some relevant supporting documents missing being refused on financial or other grounds.

Most people working in the field of immigration administration agreed before 9th July 2012 that there was a very real need for changes to be made to the regulations overseeing visa applications to the U.K. However, few expected that these changes would make things much worse for prospective immigrants who were trying to join a family member already settled in the country. The rules have been tightened to such an extent that even a very devoted family will now find it difficult to live together in Britain.

With these changes in mind, it is certainly fair to say that compiling the required paperwork for a U.K. settlement fiancee, partner or marriage visa application can be very stressful, especially when a foreign applicant and their U.K. sponsor have no experience dealing with the immigration authorities. With immigration law becoming ever more complicated, MarriageVisaHelp.com decided to stay dedicated to gaining marriage visas in order to deliver the best possible service in this complex field. Professional visa consultants understand the issues faced by couples and families who wish to reunite in the U.K., and the challenges of the British immigration system.

Marriagevisahelp.com is a full-service immigration consultancy that is solely dedicated to obtaining marriage visas. We specialise exclusively in family immigration with an emphasis on fiancee, de facto partner and spousal visas. Our senior immigration consultants have over 30 years’ combined experience in successfully handling family visa cases. All are appropriately trained to provide up-to-the-minute legal advice and to represent clients in their country of specialisation, with foreign languages spoken including Spanish, Chinese, Thai, Tagalog, Japanese, Urdu, and Russian.

NEWS SOURCE: Marriage Visa Help :: This press release was issued on behalf of the news source by Send2Press(R) Newswire, a service of Neotrope(R). View all current news at the Send2Press for Journalists Portal: http://Send2PressNewswire.com/ .