You are here: Home › Hotel Near Humboldt State University to be Sold – Conversion Opportunity to Brand the Hotel in a Strong Market
By Send2Press Newswire on October 17, 2012 in Business, California, Press Releases, Real Estate, Restaurant, Hotel and Hospitality 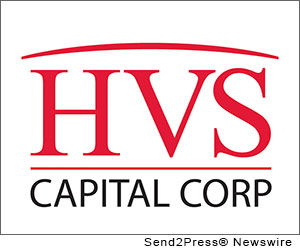 ARCATA, Calif., Oct. 17, 2012 (SEND2PRESS NEWSWIRE) — HVS Capital Corp (www.hvscapital.com) has been exclusively appointed to sell the former Days Inn in Arcata, Calif. The 78-room property was built in 1975 and operated as an unflagged hotel under the name “North Coast Inn.” The hotel was purchased for $5 million in January 2007 and underwent a refurbishment at that time.

The hotel is located in the city of Arcata, approximately 300 miles north of San Francisco and 100 miles south of the California-Oregon border. Arcata witnesses a heavy amount of tourist travel from visitors to the region’s pristine wilderness, scenic beaches and majestic Redwood forests.

The hotel market in Arcata is extremely strong and consists of nine hotels totaling 616 rooms. The market’s current occupancy is 67.1 percent at a rate of $88.14 during the trailing twelve month period through August 2012. The market did not experience a dip in occupied room nights during the 2009 recession and has recovered to levels that exceed the 2006 peak. The local lodging demand enjoys a well-balanced base from tourists, the logging industry and Humboldt University.

NEWS SOURCE: HVS Capital Corp :: This press release was issued on behalf of the news source by Send2Press(R) Newswire, a service of Neotrope(R). View all current news at the Send2Press for Journalists Portal: http://Send2PressNewswire.com/ .