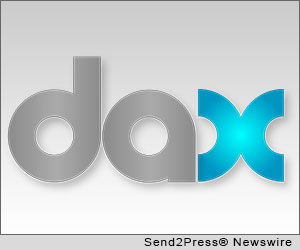 LOS ANGELES, Calif., Nov. 20, 2012 (SEND2PRESS NEWSWIRE) — Patrick Macdonald-King, CEO Sample Digital/DAX, emphasized technology’s critical role, in both the creative and business aspects of media, in his address as a featured speaker at the 1st Annual Media & Entertainment Forum in Tianjin, China. Organized by KPMG Advisory China and AID Partners Capital in Tianjin, the international conference assembled key executives from the U.S. and Chinese to explore the state of the media and entertainment industry, and to create a platform aiming to connect both Chinese and overseas companies.

“Content production technologies like our DAX production process management platform are becoming essential tools for media companies,” said Macdonald-King, “and I was honored to meet Chinese executives to discuss how we can join hands to work together as they rapidly build a world-class industry.”

The one-day conference took place November 1 in Tianjin, China’s third-largest city, which is the site of the Binhai New Area – Yujiapu, an officially designated economic growth zone fueled by a $32B Chinese government investment aimed at creating a center for home-grown Chinese media and entertainment.

Estimated Chinese media and entertainment industry revenue was US$46B in 2011 with a year-on-year growth of 17.7 percent. China will be the world’s fastest-growing entertainment and media market over the next five years, according to financial forecasts, with a 12 percent average annual growth rate. The sector continues to be underdeveloped in relation to the overall Chinese economic output, spurring the Ministry of Culture to declare the country’s goal to double the output of the culture industry by 2015, with the intention of offering domestic Chinese content as an alternative to overseas product. The Chinese government invested $18.5 billion in the cultural sector in the first five months of 2012, up 28.2 percent over 2011.

With a view towards its growing ranks of overseas clients for its DAX platform and expanding business in global time zones, Sample Digital is in talks to establish a Chinese regional office in the near future. A regional DAX office in Canada will be announced in early 2013.

About Sample Digital/DAX:
Sample Digital, creator of DAX (www.daxcloud.com), is the leading provider of targeted workflow and media asset management applications and services to companies that produce, distribute and license audio-visual and rich media content. The DAX platform is a highly-secure innovative web-based community used by most major studios and networks for collaboration and distribution management of content during the production process, for marketing and distribution of final product, and for easily accessible library management for re-use of production elements, including video, audio, photos and documents. The company is based in Los Angeles, close to the major Hollywood studios and networks it services.

NEWS SOURCE: Sample Digital :: This press release was issued on behalf of the news source by Send2Press(R) Newswire, a service of Neotrope(R). View all current news at the Send2Press for Journalists Portal: http://Send2PressNewswire.com/ .

Give the Gift of Health this Holiday Season
EaseUS Data Recovery Wizard, Being the Non-Destructive Data Recovery Software, is Your Best Choice