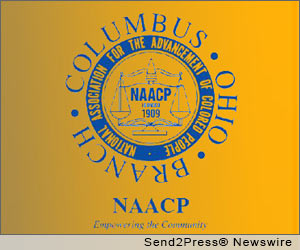 COLUMBUS, Ohio, Nov. 26, 2012 (SEND2PRESS NEWSWIRE) — Cable giant Time Warner, with the recent acquisition of Insight Communications, now controls 90 percent of the cable viewing market in Columbus, Ohio. However, according to the Minority Media Community Collaborative (MMCC) it lacks local African American and other minority media programming. The MMCC consists of The Columbus NAACP, The Baptist Ministerial Alliance, The Haitian Catholic Coalition of Ohio, The Asian Chamber of Commerce and The Hispanic Chamber of Commerce.

The MMCC says that despite repeated requests Time Warner Cable has steadfastly refused to meet with them to discuss the disparity of local African American and other minority programming.

Noel Williams, President of the Columbus branch of the National Association for the Advancement of Colored People (NAACP – www.columbusnaacp.org) says, “This kind of snubbing represents the worst example of corporate arrogance and cultural insensitivity. The issue of equal media participation is of paramount importance to all of our communities.”

Joy Kouns, the Asian Chamber of Commerce adds, “Time Warner Cable has a responsibility to provide local programming that meets the needs of a highly diversified Columbus community.”

The Reverend Joel King, cousin of the Reverend Dr. Martin Luther King Jr. concludes, “Blatant disregard is not acceptable. We will not be snubbed, disrespected, shut out or ignored. Our voices will be heard.”

About NAACP:
The real story of the nation’s most significant civil rights organization lies in the hearts and minds of the people who would not stand idly by while the rights of America’s darker citizens were denied. From bold investigations of mob brutality, protests of mass murders, segregation and discrimination, to testimony before congressional committees on the vicious tactics used to bar African Americans from the ballot box, it was the talent and tenacity of NAACP members that saved lives and changed many negative aspects of American society.

While much of NAACP history is chronicled in books, articles, pamphlets and magazines, the true movement lies in the faces – black, white, yellow, red, and brown – united to awaken the consciousness of a people and a nation. The NAACP will remain vigilant in its mission until the promise of America is made real for all Americans More information: www.columbusnaacp.org .

NEWS SOURCE: The Columbus NAACP :: This press release was issued on behalf of the news source by Send2Press(R) Newswire, a service of Neotrope(R). View all current news at the Send2Press for Journalists Portal: http://Send2PressNewswire.com/ .