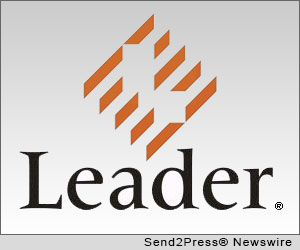 COLUMBUS, Ohio, Nov. 30, 2012 (SEND2PRESS NEWSWIRE) — On Nov. 16, 2012 Leader Technologies filed a “Petition for Writ of Certiorari” with the U.S. Supreme Court in their patent infringement battle with Facebook. Such writs ask the court to review the decisions of lower courts for legal error.

“The Federal Circuit’s decision in our case was wrong both legally and ethically,” said Leader CEO and inventor Michael McKibben.

“Legally, after Facebook’s case fell apart, the court should have affirmed the verdict that Facebook literally infringes our patent on all 11 counts, or they should have referred the case back to the district court for more fact-finding,” McKibben noted.

“Instead, they secretly fabricated new arguments and evidence for Facebook without giving us a chance to defend ourselves against these new accusations.”

McKibben explained, “This is a fundamental violation of our Fifth and 14th Amendment right to due process which guarantees the right to confront one’s accuser.”

McKibben said that without a hearing the judges had no way to assess their newly-created evidence. “Despite the fact that Facebook’s evidence was all discredited, the judges had apparently made up their minds not to rule against Facebook and were looking for ways to justify their foregone conclusion.”

As an example, McKibben cites their opening premise. “It was a false statement that Leader had admitted something, when Leader had actually said the opposite.”

“What the Federal Circuit did is a little like issuing a judgment for a parking violation from a city that neither you nor your vehicle have ever visited.”

“Ethically, judicial financial disclosures reveal that at least two of our judges stood to benefit financially from decisions favorable to Facebook,” McKibben said.

Responding for the first time to the Facebook assertion that Leader is merely disappointed that Facebook is successful and Leader is not, McKibben responded “When we began inventing what is now called social networking in the late 1990’s, the Internet had fewer than ten million commercial users. By my calculations, Zuckerberg was in junior high school then.”

“Inventing is hard. Copying is easy. The ink was still drying on our engineering drawings when we believe Zuckerberg and his financiers decided to steal our invention. It stands to reason that a market can be grown quickly when one has no respect for morals and laws. It is well known that while counterfeiting makes money for the counterfeiter, it depresses the market for everyone else, including the inventor.”

“Zuckerberg says he built Facebook in one or two weeks. This is virtually impossible. New testimony says he obtained a copy of our actual source code in late 2003, perhaps even the very night he hacked the Harvard House sites. Our inventions by then cost us $10 million, three years, and 145,000 man-hours to create.”

McKibben noted: “Our engineering records, which were blocked by the judge from being presented at trial, show that our final debugging of a critical module occurred the night of Oct. 28, 2003 – the very same night that Zuckerberg entered in his online diary ‘Let the hacking begin.'”

“In 2005 Leader was helping Governor Kathleen Blanco, the State of Louisiana and the American Red Cross save lives and recover from the devastation of Hurricane Katrina, while Zuckerberg and his financiers were busy counterfeiting our invention and inviting third parties to write apps for it at Stanford University.”

McKibben believes that social networking has not experienced a normal growth curve. He says, “Our invention was stolen and given away from the very beginning. What has developed is a distorted version of our innovations, skewed to maximize advertising revenue and pump-and-dump stock while sacrificing a rational development. This includes respect for personal privacy, security and property.”

Eminent American historian Professor Hy Berman observed, “I looked into Leader’s claims by closely examining the content of Facebook and found that everything in Facebook’s control is open to all and can be easily manipulated for political and commercial gain. If intellectual property theft by the powerful and well-connected is not stopped, future innovation is jeopardized.” Professor Berman is a former political adviser to Vice President Hubert Humphrey.

“Leader shareholders hope that the U.S. Supreme Court is above the legal and ethical confusion created by the Federal Circuit’s conduct, and that the court will support small inventor’s patent rights, the law and justice and hear this case.”

NEWS SOURCE: Leader Technologies Incorporated :: This press release was issued on behalf of the news source by Send2Press(R) Newswire, a service of Neotrope(R). View all current news at the Send2Press for Journalists Portal: http://Send2PressNewswire.com/ .