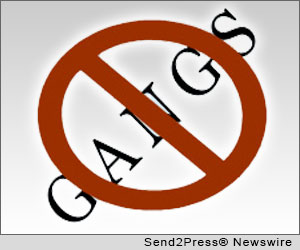 In 2009 Derrick suffered a serious knee injury. This got him contemplating whether he should give up his 21 year passion of learning Mixed Martial Arts, and his career as a professional fighter. He now finds new challenges in helping underprivileged kids, teens and young adults by devoting his time and funds towards working with them.

Derrick likes to teach and work with the younger upcoming generation where gangs and unforeseen circumstances prey on the inner city children. Derrick Jones provides mentoring and a basic belief in the possibility of children. Children learn to lead by example.

Most of the children and teens cannot afford classes and instead of pushing them out the door Derrick provides funding out his own pocket to keep the doors open and keep the children off of the streets.

Derrick grew up in Korea Town and The Jungle in Baldwin Hills; drive by shootings and innocent victims were part of his childhood. He was approached by both rival gangs.

“That’s when I knew I wanted to not take a life, but give a life, to show a child something worth living for,” said Derrick.

“Instead of the kids robbing people for money why not give them sponsorship for something they love to do? And, that’s competing. Why should a child be recognized only for the wrong he or she does? Why can’t we recognize them for their efforts, their integrity, and their work ethic?”

He added, “That’s why I formed a tournament, why I teach and mentor kids, teens and adult men of all ages. It’s not the money, because I’m giving it all back. It’s something much more and its life, love, and integrity of your moral understanding how those lessons are used in our everyday life.

“After I’m long gone from this materialistic world called earth, life lessons will live on through our youth. It started with me but it doesn’t have to end with me. That’s the message that I want to get out. It’s not me. I’m nobody, but it’s those young people who are someone today, tomorrow and forever more.”

Tickets to the tournament will be available at the door.

NEWS SOURCE: Derrick Jones :: This press release was issued on behalf of the news source by Send2Press(R) Newswire, a service of Neotrope(R). View all current news at the Send2Press for Journalists Portal: http://Send2PressNewswire.com/ .