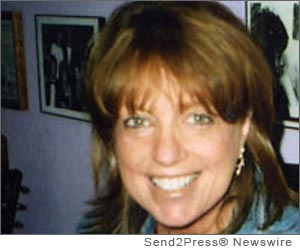 HOLLYWOOD, Calif. (SEND2PRESS NEWSWIRE) — Jane Bach, writer of hit songs for Reba McEntire, Jo Dee Messina and many others, joins four noted artists in a special performance on Wednesday, January 9, for the next Singer-Songwriter Night presented by the Los Angeles Women in Music at the M Bar in Hollywood. Hosted by hit songwriter/performer Harriet Schock, the show will feature Bach along with Maureena Danicar, Art Podell, Stefani Scovolo, and Molly Ban.

Often collaborating on songs with major and indie recording artists, Bach is also producer of Sandra Piller’s latest album, “Days Like These,” as well as Piller’s recent EP, “Love Goes On.” Bach is an outspoken supporter of the writer’s round format. “I have participated in rounds in Nashville as well as in Los Angeles and New York City,” Bach states. “It’s a great way for people to hear the songs sung by the songwriters. There’s nothing else like it,” Bach adds, “and you never know when you’ll be hearing a song that will become the next big hit.”

Who’s Who
JANE BACH is a native New Yorker who moved to Nashville in 1982 to pursue a career in songwriting. She is a multiple award winning hit songwriter who has had songs recorded by Tammy Wynette, Reba McEntire, Collin Raye, Jo Dee Messina, Ray Price, and many others. Her number one record, “The Last One to Know,” remains one of Reba’s biggest selling singles. HARRIETT SCHOCK is the writer of “Ain’t No Way to Treat a Lady” (Helen Reddy) and “Happiness” (Roberta Flack) as well as hits for such artists as Johnny Mathis, Manfred Mann, Lee Greenwood, Smokey Robinson, Vikki Carr, and Nancy Wilson. MAUREENA DANICAR’s three-and-a-half octave range and dynamic stage presence has earned her Vocalist of the Year and Entertainer of the Year awards by the California Country Music Association. ART PODELL was a member of The New Christy Minstrels and has worked with many giants of the folk music scene. STEFANI SCOVOLO’s work as a songwriter has included releases on Warner Japan with a #1 single on the charts in late 2011 and other songs placed in various TV shows and film. Also appearing will be MOLLY BAN.

LAWIM
Established in 1986, Los Angeles Women in Music (LAWIM) is a nonprofit 501(c)(3) Public Benefit Corporation dedicated to fostering equal opportunity for women and men in the music industry and to promoting the advancement of women through empowerment, support, education, encouragement and recognition of their achievements.

M Bar
The M Bar and Restaurant is located in the Fountain and Vine Plaza at 1253 N. Vine Street in Hollywood. Seating is open so early arrivals are encouraged. The evening will begin with Networking from 7-8pm and the show is scheduled for 8-9:30pm. Admission is free for LAWIM members and $10 for the general public. The club has a ten dollar food or drink minimum. The LAWIM Singer-Songwriter Night, now in its 22nd year, is the longest running event of its kind in Los Angeles. “We are proud to feature so many superb songwriters and singers,” states Schock, “and this line-up is an exciting way to kick off our 2013 events.”