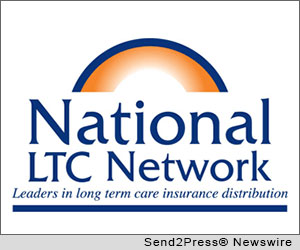 The new organization will utilize all of the same outstanding employees – working in their current locations – as before the merger. In addition, all of the same top quality insurance companies will continue to be available to their producers.

“For our employees, producers and the clients they serve, this is a true win-win-win. We will all benefit from the opportunities this merger presents,” said Peter Gelbwaks, Chairman of GEM. “If there was ever a natural business move to make, this is it.”

Through their membership and participation in The Network, the management teams of both organizations have known each other and for the last 18 years. “Both management and marketing staffs are very familiar with each other, are all staying on board, and are very excited about this new venture,” said Barry Eldridge, Owner and President of ICB.

“Barry Eldridge and Peter Gelbwaks are two of six original founding members of The National LTC Network. Their Network colleagues congratulate them on the merger,” commented Terry Truesdell.

About ICB:
Headquartered in Rockaway, NJ and founded in 1983 by Barry G. Eldridge, ICB has offices strategically located nationally and is licensed in all 50 states. With satellite locations in Medford, NJ; Latham, NY; Leander, TX; and Denver, CO, ICB’s team of experienced professionals assist producers in identifying the best products to meet the specific needs of their clients. The addition of Plantation, FL complements ICB’s existing expansive network of strategically located offices.

ICB is currently celebrating 30 years as a premier source in long-term care planning. Mr. Eldridge started ICB with a passion to serve producers and consumers with the education and products they need to plan for retirement. His enthusiasm and dedication remains the same today. Furthermore, Mr. Eldridge is known as one of the pioneers of the brokerage side of the LTCi industry.

About GEM:
GEM is a Plantation, FL based company with a multi-life division in Omaha, NE. They have contracted thousands of insurance brokers across the U.S. GEM’s LTCi brokerage operation has a seasoned team of professionals with over 200 combined years of experience marketing, educating, selling, writing, and speaking nationally on the topic of Long Term Care insurance. GEM’s founder, Peter Gelbwaks CLTC, is Chairman Emeritus of the NLTCN and is celebrating his 45th year in the insurance business. He attributes the success of his family owned and operated business to dedication, communication and belief in Long Term Care insurance as a viable financial planning solution. In addition, Mr. Gelbwaks is considered one of the true visionaries of the LTCi industry.

NEWS SOURCE: National LTC Network :: This press release was issued on behalf of the news source by Send2Press(R) Newswire, a service of Neotrope(R). View all current news at the Send2Press for Journalists Portal: http://Send2PressNewswire.com/ .