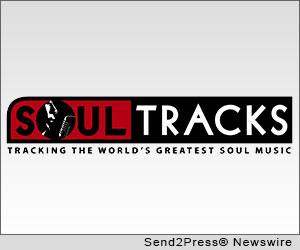 DETROIT, Mich., Feb. 14, 2013 (SEND2PRESS NEWSWIRE) — SoulTracks and soul music fans around the world are taking action to support soul music, one of the most revered forms of music in the world. From Motown to Memphis, from James Brown to Jill Scott, “soul music” is the sound of our lifetime. And while today broadcast radio focuses more on electronic pop and rap, “soul” continues to thrive in large halls, small clubs, family parties and on popular internet destinations like SoulTracks (www.Soultracks.com), America’s most popular soul music online magazine.

“We ran a string of articles highlighting the great soul music being made by both young and old artists around the world and the challenge those artists have in getting the attention of broadcast radio and mass media,” says SoulTracks Publisher Chris Rizik. “We were then inundated with comments from readers – readers who are passionate about soul music and who want to make a difference in supporting the music and the artists making it.”

The result is Soul Music Week 2013. Soul Music Week, which goes from February 15-24, 2013, is designed, according to Rizik, as “a week of discovery, connecting music fans with the great artists who continue to drive soul music forward.”

The concept for Soul Music Week is simple. Each music fan is being asked to do three things:
1. Buy a new Soul Music CD, either online or at a physical retailer;
2. Place a comment at SoulTracks’ Soul Music Week page, telling what you bought and how you like it; and
3. Spread the word to friends on Facebook, Twitter and other social media.

To see more about Soul Music Week, including music recommendations and a Facebook interface for comments, visit http://www.soulmusicweek.com/ .

SoulTracks has also created links to online stores as well as a directory of independent music retailers around the world at: http://www.soultracks.com/store_directory.htm .

Soul Music Week will not only show tangible support for the artists who are bringing great soul music to the world in 2013, it will also remind radio programmers, record companies and major media of the continued popularity of this unique form of music to millions of music lovers in the U.S. and around the world.

About SoulTracks:
SoulTracks (www.soultracks.com) is America’s #1 online magazine dedicated to classic and modern “soul music.” SoulTracks features hundreds of biographies of classic and modern soul artists as well as news, CD reviews, free music downloads, listening rooms and “Where Are They Now?” features. It is also the creator of the annual SoulTracks Readers’ Choice Awards, the leading awards in the world celebrating independent soul music.

• Permanent shortlink to original copy of this release: http://goo.gl/8LYUu .

NEWS SOURCE: SoulTracks :: This press release was issued on behalf of the news source by Send2Press(R) Newswire, a service of Neotrope(R).